I was feeling pretty rotten yesterday. Not sick, just in the dumps depressed (not good for a person that takes anti-depressants – eek!) Most of my life I have had to fight my anxiety. It showed up after I was molested at eleven and never completely went away.

I had a great Therapist when I tried to commit suicide in my senior year of high school. She warned me that I carry deep emotions and that I needed to write down everything that happens that affects them. She reasons that by spilling my guts on paper, I would not feel the need to keep carrying them around like such heavy dead weight (which they are). Probably the main reason I love to write so much now.

Yesterday, as I said, was a rough one at least until I opened my email. My cousin (love her so much) sent me this little tidbit: 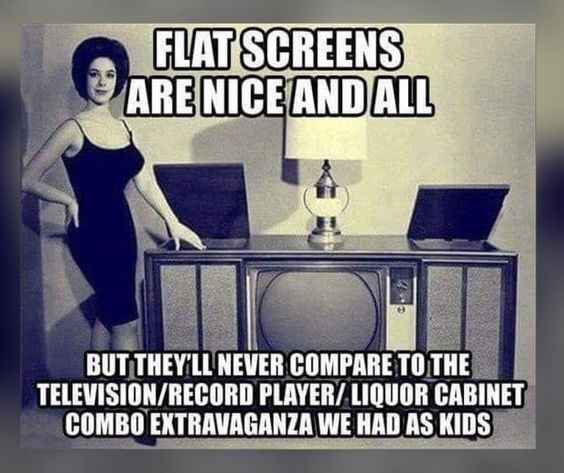 I just burst out laughing. Can’t stop giggling right now. Yes, the statement is true. We had one similar to that growing up in the early 1960s, but that’s not why I was laughing so much. WHAT IS ON THAT WOMAN’S HEAD?? Ah, laughter is the best medicine!

The dress looks just like something my mom used to have, but only wore on very special occasions. It took “the support bra from hell” to wear it, and that was her main reason for the limited fashion shows. When it comes to breasts, my mother was not lacking (neither am I so I can understand her frustrations) and trying to get into all those stylin clothes back then was next to impossible without the proper under-gear.

She also had a couple of wigs. She originally had some beautiful red hair but insisted on dying it, covering it up, ironing it (yes, with an iron – for clothes…been there, done that, different story), and whatever else she could do with it. Back then, the beauty parlor was a temple. It was a woman’s safe harbor in a world filled with men and their macho-isms.
Go back and take another look at the picture – not the phrase but specifically at that hair. Now check these out: 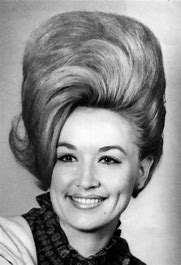 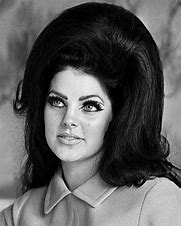 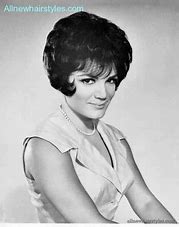 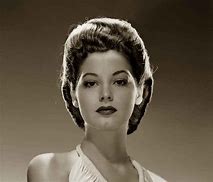 Mom had beautiful natural curly hair. We got lucky, and she passed it on to all of her daughters. Dad also had curly hair, but a tighter curl. Mom was so frustrated with trying to get a brush through our hair that she would simply cut it off every spring. I was partially grateful because it was so thick and heavy and hot. The other bit of gratitude came whenever we got near low hanging branches when riding, gooseberry bushes when picking, and chasing wild kittens in the hay. The longer and curlier the hair, the more you got all caught up in something. To this day I hate moths! Kids with tight curly hair playing under a yard light at night during summer in Wisconsin will inevitably catch moths in their hair-not by choice.

I don’t know if the moths were blinded by the light bouncing off our curls, attracted to the possibility of a great nest, or just plain dumb; but I can’t count the number of times I heard and felt the crunching of trying to get the dang things untangled and out of my hair. Even now I am cringing. 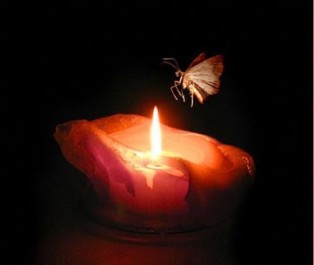 This post is all for my cousin Dawn. Thank you for the outstanding laugh, the fond memories, and getting me out of my funk – love ya cousin!
You can also check me out at: www.lifelessonslived.com for all the fun things I have learned in life.
Follow my blog with Bloglovin

2 thoughts on “GOTTA LOVE FAMILY WITH A SENSE OF HUMOR!”