The first thing I do at my computer every day is to check the weather.  Being a farmer/gardener from birth has made me very locked into this habit.  Today is Wednesday – hump day – and the best day to try to figure out what must be done, what may be done (if given enough time), and what can wait until a later date.  This was the forecast for the next seven days as of this morning from TWC (The Weather Channel.com)

Specifically look at the HIGH/LOW column – 60’s and 70’s – WHAT?  This is February for heaven sake!  It is supposed to read minus something to maybe 30°F if we are lucky.  How are we supposed to prep and plant for this?

We have done as we normally do, started seeds.  The long-term stuff like pumpkins, melons, squash; these all take forever to grow.  We usually get a kick out of going over notes from previous years to determine just what worked or didn’t work.  Some things planted too early can lead to quite a mess.  Huge plants with nowhere to put them because the weather is not cooperating.

Well, this year has us really freaked out.  The biggest concern is because of what happened about three years ago.  We started early going with the nice weather, then April hit and blew us out-of-the-water!  We were getting 90+ degrees on Fridays, then 30ish and snow by Monday – within only three days it was changing that hard that fast.  Took out most everything we had worked so hard on.  Lucky we had the greenhouse with some backup plants in it.  The whole fiasco make a mess of our fall harvest that year!

We are only in mid-February and still have at least 60 more days before the end of the deep frost worries.  There is no fear in starting potatoes and onions here in March.  By the time plants start popping out of the ground, we cover with straw, and any freezes won’t affect them.  Something like pumpkins can be toast with the first deep frost even if we cover them with straw.

We did start designing something new to try this year.  We want to try to create a winter starter box outside.  We have specific places to put the outside crops, and one new on the south side of the house maybe perfect for this trial.  It gets full sun – no shade there of any kind.  We want to put in a planter box about one foot wide by about twelve feet long and about a foot deep.  It would be filled with our own good compost mix and then add the plants (melons in this case).  Then we will build a hinged drop cover for the top.  The plants should stay small enough that we can let them stretch out in the plot.  Then if it drops (or snows) in temps, we just close the top.  It will be covered in plastic so that the sun will keep them all nice and cozy, but the evil temps would not hurt them.

So, what do you do when you don’t know what to do?  Think outside the box, or in our case make a new box.  Such is one of our, way too many, thoughts this year.  Wish us luck!

If she does, be glad!  My mother could not cook.  We loved her dearly but she would be the first to tell you that her cooking stinks!  This is not being mean, but rather being factual.  She hated cooking.  I think this was a major reason for her marrying our dad.  He loved to cook and was great at it!

To explain just how much our mother hated cooking I will need to share two stories with you.

Once upon a time there was a woman who really hated to cook.  To say she hated to cook is not completely accurate.  She was not very good at it which led to her hating it.  Early in the course of her life she met a man.  This man LOVED to cook, and he was very good at it.  The two fell in love, were married and proceeded to have three silly daughters.

One perfect summer day, the woman thought she would make something simple for her family to eat.  Noodles and tomatoes should be simple enough, or so she thought.   The woman was born and raised during the Great Depression, and this dish was one of her favorite family dishes.  In her time, growing and making your own was a normal way of life.  Noodles and tomatoes – all homemade/homegrown – perfect!

She had every good intention of putting together this wonderful, family favorite, easy dish for all to enjoy.  The woman did not take into consideration her numerous distraction on the farm where they now live.  She started out with a smile filling the metal pot with water.  A warm breeze was flowing through all of the open windows and doors.  She could hear her daughters playing joyfully outside.  She placed the pot of water on the gas stove, added about a tablespoon of salt (as you do with noodles), turned the flame to the appropriate height, and went about her chores.

This is where her distaste of cooking comes into play.  While she was going about her chores, cleaning, laundry, checking on the animals and kids;  the pot continued to boil.

She and the girls all saw the smoke billowing out of the kitchen.  She told them to stay put as she ran in to find the disaster.  To this day, this beautiful, warm, touching family moment is shared amongst siblings during any moment of childhood recollections and laughter abounds. 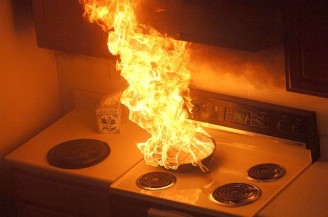 (This picture gives you an idea – sort of – it did not flame, it just melted, caused a ton of smoke, and a huge mess.  We, unfortunately, do not have any pictures of that ordeal – this is the closest I could come to it.)

This second story is a bit of a history lesson.  During my high school years (mid to late 1970’s), we moved around a bit.  It was also the time that the “microwave oven” came out and was all the rage.  It can cook anything – ya, sure!  The reason I remember this historical fact is due to my mother and her cooking inabilities.

The only thing she really could do well was boil water (unless she got distracted).  This just happens to be the main necessity for noodles.  Thus, noodles were her specialty of meals.  Stoves were another thing of distrust.  Then came the microwave cooker!  Now, don’t let the name fool you as it did her.  She only caught the “cooker” part and began assuming (there is that darn “ass” word again-grr) that this new wonder of the world would be her savior.  This miracle of science would not turn her into some type of Julia Childs.  Ahh, such is the thing that dreams are made of!

Dad happily purchased one of the miracle workers for mom during our 2nd (maybe 3rd) move.  We were very strapped for cash, so a purchase of this kind had to be especially special.  Excited as mom was she could not wait to try her beloved noodles – so sad.

She read all the instructions so carefully, just as a normal female does (jab jab male species).  Took her time.  Obtained the appropriate container (this alone was a shocker).  Put in the correct amount of water and salt.  Added her noodles and put the wonder to work.  Approximately 20 minutes later we had a marvelous bowl filled with mush!

My amazing mother, the eternal optimist, tried again – and again – and again.  When she final got discouraged, Dad made supper and all was satisfied.  After this fiasco, she came to the conclusion that a microwave cooker was not for cooking any more than the stove was.  That moment on she swore to only use it to re-heat food, and thus it went.

She got so good at the re-heating part, that one year for Christmas my younger sister bought her a book called “101 Things to do with Ramen Noodles” – RAPTURE!  She was now going to be able to cook, and had a goal of making every single recipe in the book (which she did with great flare!). 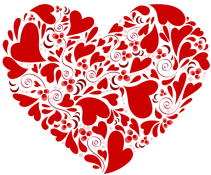