As the sun started to go down, the party was still going.  Uncle Vern (my dad’s brother) was usually tending to the grill by now, finishing up whatever was left to cook.  The “old hats” at the party knew it was time to break out the coolers to pack up their share of the food.  The kids were still all over the farm.

As the sun disappeared, more fun began.  The adults moved into the garage (it was called the garage, but it was also a workshop and had enough room for tractors and farming equipment in the back – all moved out of course for this shindig.), and the kids came down from the hay loft to start chasing things in the dark.

The garage doors were wide open, so it was easy for the adults to watch us.  The little kids, by now, were settling into their parent’s laps or finding a soft spot on the lawn to curl up on.  (Funny – I say “little” kids like I was so big – NOT – I was always the short one.  During this time I could have only have been around  8 or 9 years old – LMAO.)  We, the older kids, were now chasing fireflies (lightening bugs to some of you) and ducking from bats and moths that were compelled to go to the light.

IT NEVER FAILED – a moth would get stuck in my hair!  I inherited my father’s thick curly hair – oh lucky me!  Even though mom cut it short every spring, the darn critters would still get all tangled up in it.  To this day, I can’t stand MILLER MOTHS!! Grrr!!!  They would crunch as you tried to wrestle them out – yuck!

Slowly but surely, the crowd would start to dwindle down.  The closest friends and family were always the last to shuffle out.  Usually, there were a few stragglers that would spend the night. Why not?  Our place was enormous, and dad was always up for cooking to a passel of people.  Guests always meant an awesome breakfast the next morning!

Exhausted but extremely content, mom and dad would shuffle us girls off to bed.  All the fun and joy from all the play of the day was not strong enough to keep our eyelids from closing.  Sweet dreams all around! 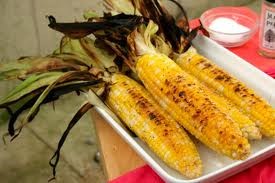